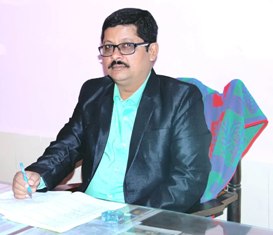 Structure of the Sports Council

The Sports Council of Berhampur University consists of Principals of all affiliated Colleges, which meets at least once in a year. Two members from among the University employee/teachers are nominated to general body by the Vice-Chancellor. The general body of the Sports Council elects 6 members to the executive body to run the day to day activities. The Vice-Chancellor appoints a Secretary on part-time basis preferably from among the teachers of the University who functions in addition to his own duties. One of the technical persons of the Sports and Games is appointed as Assistant Secretary to assist the Secretary

The Nature of Work

Infrastructure inside and Outside

Sports Council has a good Multi-purpose Hall with 7 (Seven) big rooms which was sanctioned by the U.G.G. in the year 1985. In South Odisha, this is the only Indoor Badminton Court (Wooden) with a Hova Mat. The games like Table Tennis, Chess and Weight Lifting and Best physique are also conducted in this Hall. The Sports Council has 21 (Twenty One Station) Multigym inside the Gallery room.

Facilities for Training & Types of Training

The Sports Council is a self-financial organization which manages out of the fees collected from the Students of different affiliated Colleges @Rs.60.00 per student as Athletic & Rs. 100.00 as entry fees per event. The Budget is approved by the General Body of the Sports Council from the beginning of the academic session.

We are also planning too open the Sports Hosted in the University Campus sponsored by the Sports Authority of India and State Government. So that, the talented University boys and girls could get the opportunity and build up their Sports Carrier and this University can able to produce the National and International Sports personal in different discipline.